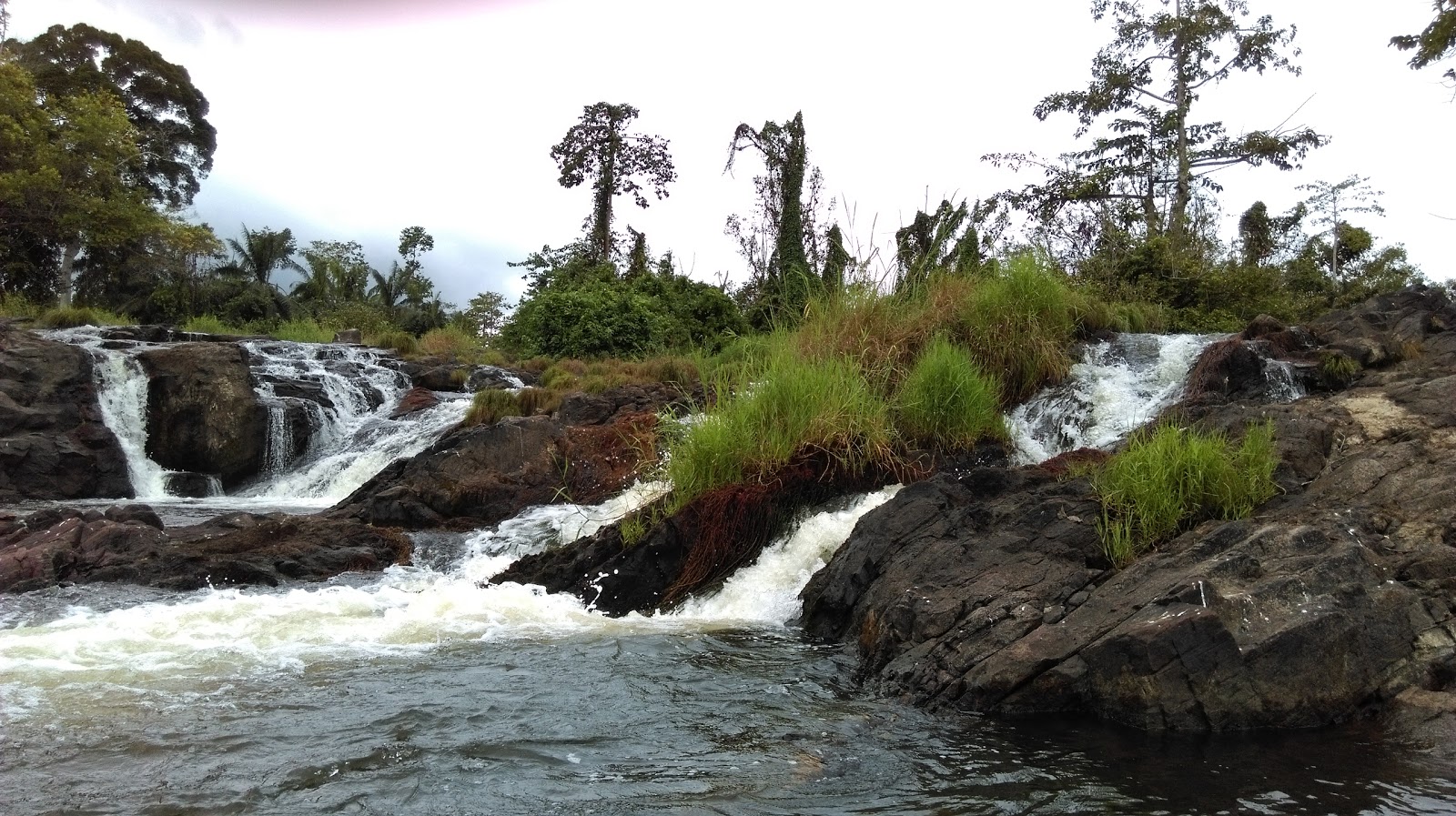 Cameroon ( (listen), French: Cameroun), officially the Republic of Cameroon (French: République du Cameroun), is a country in west-central Africa. It is bordered by Nigeria to the west and north; Chad to the northeast; the Central African Republic to the east; and Equatorial Guinea, Gabon and the Republic of the Congo to the south. Its coastline lies on the Bight of Biafra, part of the Gulf of Guinea and the Atlantic Ocean. The country is sometimes identified as West African and other times as Central African, due to its strategic position at the crossroads between West and Central Africa. Its nearly 25 million people speak 250 native languages.

Early inhabitants of the territory included the Sao civilisation around Lake Chad, and the Baka hunter-gatherers in the southeastern rainforest. Portuguese explorers reached the coast in the 15th century and named the area Rio dos Camarões (Shrimp River), which became Cameroon in English. Fulani soldiers founded the Adamawa Emirate in the north in the 19th century, and various ethnic groups of the west and northwest established powerful chiefdoms and fondoms. Cameroon became a German colony in 1884 known as Kamerun. After World War I, it was divided between France and the United Kingdom as League of Nations mandates. The Union des Populations du Cameroun (UPC) political party advocated independence, but was outlawed by France in the 1950s, leading to the Bamileke War fought between French and UPC militant forces until early 1971. In 1960, the French-administered part of Cameroon became independent, as the Republic of Cameroun, under President Ahmadou Ahidjo. The southern part of British Cameroons federated with it in 1961 to form the Federal Republic of Cameroon. The federation was abandoned in 1972. The country was renamed the United Republic of Cameroon in 1972 and the Republic of Cameroon in 1984. Paul Biya, the incumbent president, has led the country since 1982 following Ahidjo's resignation; he previously held office as prime minister from 1975 on. Cameroon is governed as a Unitary presidential republic.

The official languages of Cameroon are French and English, the official languages of former French Cameroons and British Cameroons. Its religious population is predominantly Christian, with a significant minority practicing Islam, and others following traditional faiths. It has experienced tensions from the English-speaking territories, where politicians have advocated for greater decentralisation and even complete separation or independence (as in the Southern Cameroons National Council). In 2017, tensions over the creation of an Ambazonian state in the English-speaking territories escalated into open warfare.

Large numbers of Cameroonians live as subsistence farmers. The country is often referred to as "Africa in miniature" for its geological, linguistic and cultural diversity. Its natural features include beaches, deserts, mountains, rainforests, and savannas. Its highest point, at almost 4,100 metres (13,500 ft), is Mount Cameroon in the Southwest Region. Its cities with largest populations are Douala on the Wouri River, its economic capital and main seaport; Yaoundé, its political capital; and Garoua. Cameroon is well known for its native music styles, particularly Makossa and Bikutsi, and for its successful national football team. It is a member state of the African Union, the United Nations, the Commonwealth of Nations, Non-Aligned Movement and the Organisation of Islamic Cooperation.