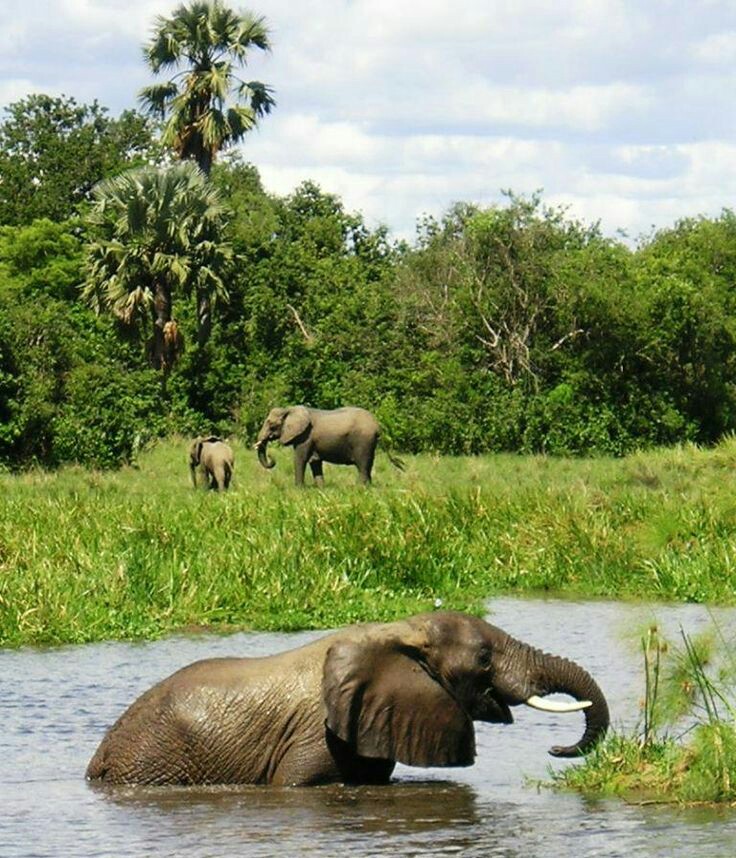 Uganda (Ugandan Languages: Yuganda), officially the Republic of Uganda (Swahili: Jamhuri ya Uganda), is a landlocked country in East-Central Africa. It is bordered to the east by Kenya, to the north by South Sudan, to the west by the Democratic Republic of the Congo, to the south-west by Rwanda, and to the south by Tanzania. The southern part of the country includes a substantial portion of Lake Victoria, shared with Kenya and Tanzania. Uganda is in the African Great Lakes region. Uganda also lies within the Nile basin and has a varied but generally a modified equatorial climate. It has a population of over 42 million, of which 8.5 million live in the capital and largest city of Kampala.

Uganda is named after the Buganda kingdom, which encompasses a large portion of the south of the country, including the capital Kampala. The people of Uganda were hunter-gatherers until 1,700 to 2,300 years ago, when Bantu-speaking populations migrated to the southern parts of the country.

Beginning in 1894, the area was ruled as a protectorate by the UK, which established administrative law across the territory. Uganda gained independence from the UK on 9 October 1962. The period since then has been marked by violent conflicts, including an eight-year-long military dictatorship led by Idi Amin.

The official languages are English and Swahili, although "any other language" may be used as a medium of instruction in schools or other educational institutions or for legislative, administrative or judicial purposes as may be prescribed by law." Luganda, a central region-based language, is widely spoken across the Central and South Eastern regions of the country, and several other languages are also spoken, including Lango, Acholi, Runyoro, Runyankole, Rukiga, Luo and Lusoga.

Uganda's current president is Yoweri Kaguta Museveni, who took power in January 1986 after a protracted six-year guerrilla war. Following constitutional amendments that removed term limits for the president, he was able to stand and was elected president of Uganda in the 2011, 2016 and in the 2021 general elections.