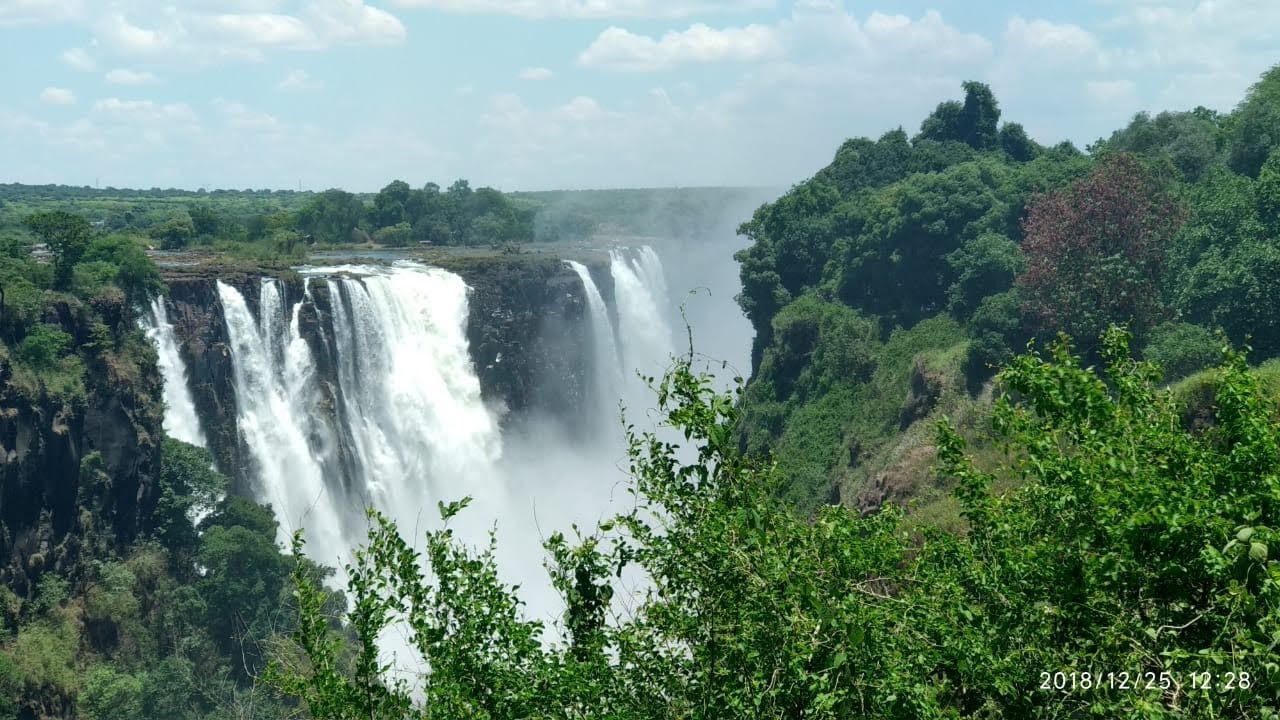 Zimbabwe (), officially the Republic of Zimbabwe, is a landlocked country located in Southern Africa, between the Zambezi and Limpopo Rivers, bordered by South Africa to the south, Botswana to the south-west, Zambia to the north, and Mozambique to the east. The capital and largest city is Harare. The second largest city is Bulawayo. A country of roughly 15 million people, Zimbabwe has 16 official languages, with English, Shona, and Ndebele the most common.

Since the 11th century, present-day Zimbabwe has been the site of several organised states and kingdoms such as the Rozvi and Mthwakazi kingdoms, as well as being a major route for migration and trade. The British South Africa Company of Cecil Rhodes first demarcated the present territory during 1890 when they conquered Mashonaland and later in 1893 Matabeleland after a fierce resistance by Matabele people known as the First Matabele War. Company rule ended in 1923 with the establishment of Southern Rhodesia as a self-governing British colony. In 1965, the conservative white minority government unilaterally declared independence as Rhodesia. The state endured international isolation and a 15-year guerrilla war with black nationalist forces; this culminated in a peace agreement that established universal enfranchisement and de jure sovereignty as Zimbabwe in April 1980. Zimbabwe then joined the Commonwealth of Nations, from which it was suspended in 2002 for breaches of international law by its then-government under Robert Mugabe, and from which it withdrew in December 2003. The sovereign state is a member of the United Nations, the Southern African Development Community (SADC), the African Union (AU), and the Common Market for Eastern and Southern Africa (COMESA). It was once known as the "Jewel of Africa" for its great prosperity.

Robert Mugabe became Prime Minister of Zimbabwe in 1980, when his ZANU–PF party won the elections following the end of white minority rule; he was the President of Zimbabwe from 1987 until his resignation in 2017. Under Mugabe's authoritarian regime, the state security apparatus dominated the country and was responsible for widespread human rights violations. The country has been in economic decline since the 1990s, experiencing several crashes and hyperinflation along the way.

On 15 November 2017, in the wake of over a year of protests against his government as well as Zimbabwe's rapidly declining economy, Mugabe was placed under house arrest by the country's national army in a coup d'état and eventually resigned six days later. Emmerson Mnangagwa has since served as Zimbabwe's president.