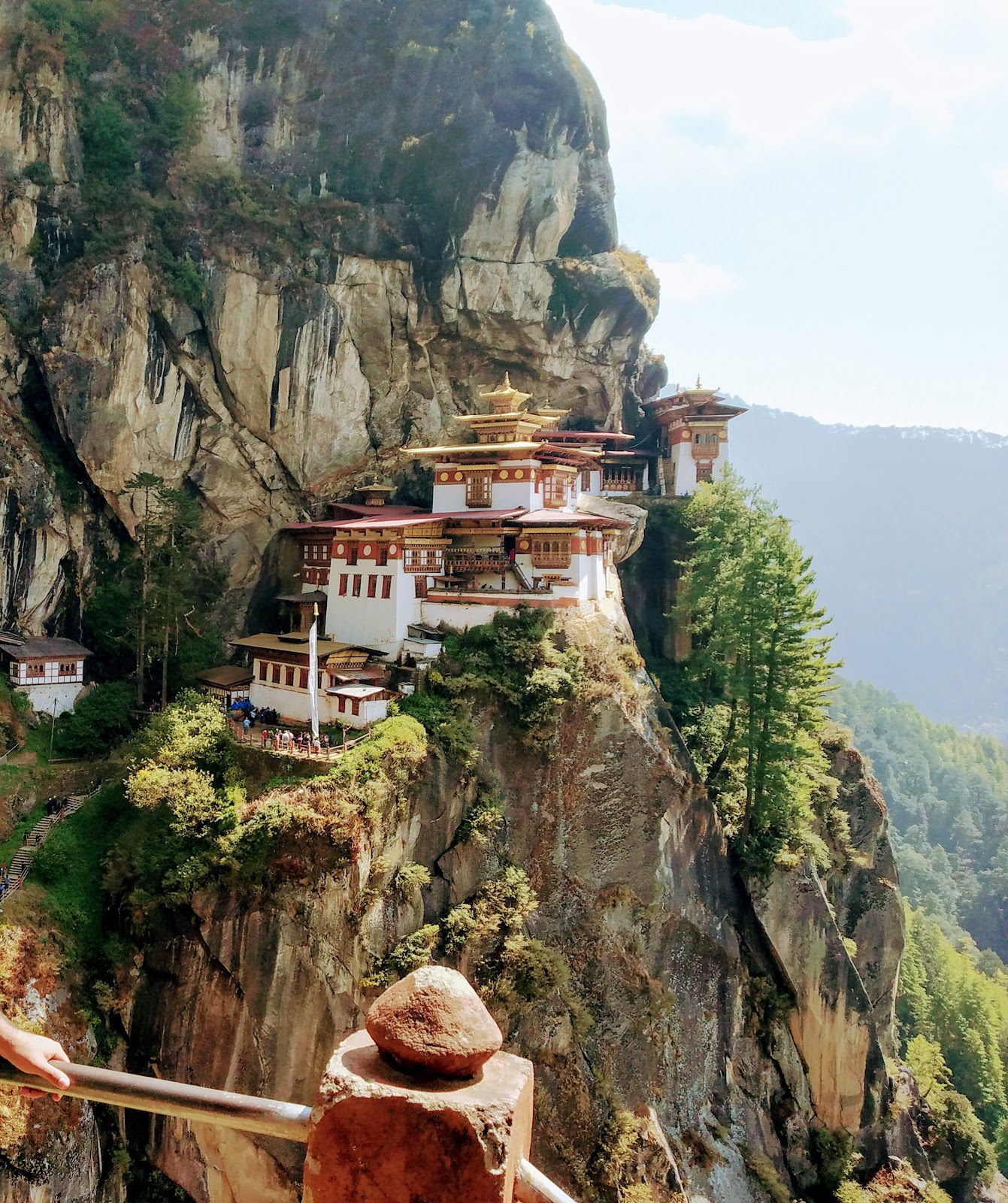 Bhutan ( (listen); Dzongkha: འབྲུག་ཡུལ་, romanized: Druk Yul [ʈuk̚˩.yː˩]) officially known as the Kingdom of Bhutan (Dzongkha: འབྲུག་རྒྱལ་ཁབ་, romanized: Druk Gyal Khap), is a landlocked country in the Eastern Himalayas. It is bordered by China to the north and India to the south, east and west. Nepal and Bangladesh are located in proximity to Bhutan but do not share a land border. The country has a population of over 754,000 and a territory of 38,394 square kilometers (14,824 sq mi) which ranks 133rd in terms of land area, and 160th in population. Bhutan is a constitutional monarchy with Vajrayana Buddhism as the state religion.

The subalpine Himalayan mountains in the north rise from the country's lush subtropical plains in the south. In the Bhutanese Himalayas, there are peaks higher than 7,000 meters (23,000 ft) above sea level. Gangkhar Puensum is Bhutan's highest peak and may also be the highest unclimbed mountain in the world. The wildlife of Bhutan is notable for its diversity, including the Himalayan takin. The largest city in Bhutan is the capital Thimphu.

Bhutan and neighboring Tibet experienced the spread of Buddhism which originated in the Indian subcontinent during the lifetime of Gautama Buddha. In the first millennium, the Vajrayana school of Buddhism spread to Bhutan from the southern Pala Empire of Bengal. Tibet, Bhutan, Sikkim and parts of Nepal became the vestiges of the Mahayana schools amid the decline of Buddhism in India. Bhutan also came under the influence of the Tibetan Empire. During the 16th-century, Ngawang Namgyal unified the valleys of Bhutan into a single state. Namgyal defeated three Tibetan invasions, subjugated rival religious schools, codified the Tsa Yig legal system, and established a government of theocratic and civil administrators. Namgyal became the first Zhabdrung Rinpoche and his successors acted as the spiritual leaders of Bhutan like the Dalai Lama in Tibet. During the 17th century, Bhutan controlled large parts of northeast India, Sikkim and Nepal; it also wielded significant influence in Cooch Behar State. Bhutan ceded the Bengal Duars to British India during the Bhutan War in the 19th century. The House of Wangchuck emerged as the monarchy and pursued closer ties with the British in the subcontinent. In 1910, a treaty guaranteed British advice in foreign policy in exchange for internal autonomy in Bhutan. The arrangement continued under a new treaty with India in 1949 in which both countries recognized each other's sovereignty. Bhutan joined the United Nations in 1971. It has since expanded relations with 55 countries, including Bangladesh, Israel, Kuwait, Brazil, Japan, Thailand, and Turkey; as well as the European Union. While dependent on the Indian military, Bhutan maintains its own military units.

The 2008 Constitution establishes a parliamentary government with an elected National Assembly and a National Council. Bhutan is a founding member of the South Asian Association for Regional Cooperation (SAARC). In 2020, Bhutan ranked third in South Asia after Sri Lanka and the Maldives in the Human Development Index. Bhutan is also a member of the Climate Vulnerable Forum, the Non-Aligned Movement, BIMSTEC, the IMF, the World Bank, UNESCO and the World Health Organization (WHO). Bhutan ranked first in SAARC in economic freedom, ease of doing business, peace and lack of corruption in 2016. Bhutan has one of the largest water reserves for hydropower in the world. Melting glaciers caused by climate change are a growing concern in Bhutan.