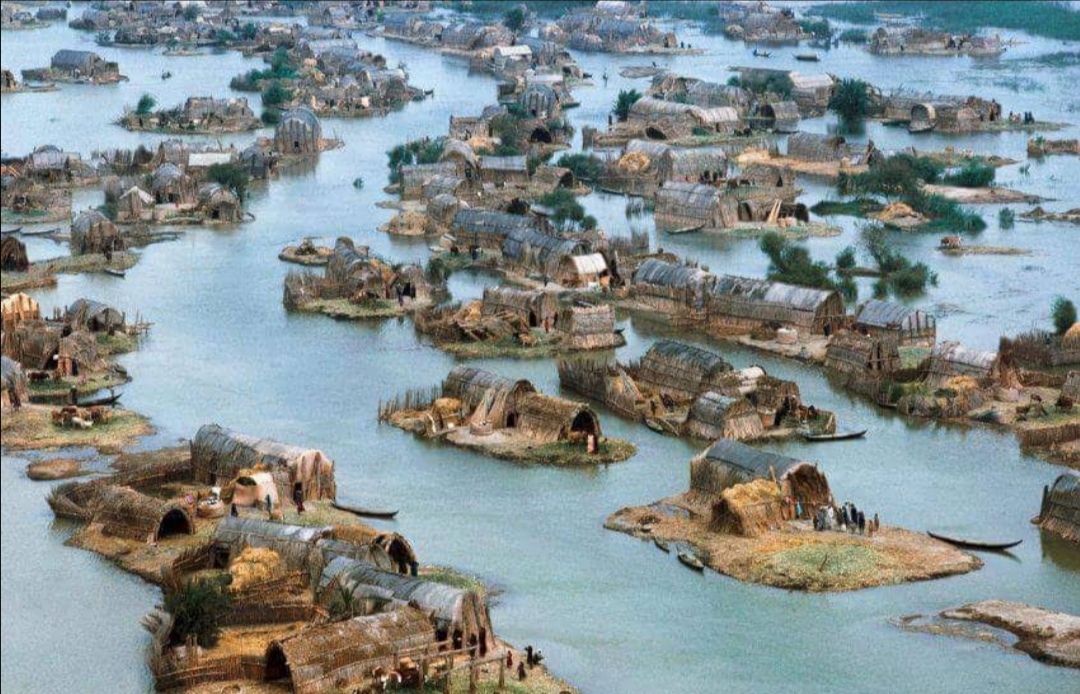 Iraq (Arabic: الْعِرَاق‎, romanized: al-ʿIrāq; Kurdish: عێراق‎, romanized: Êraq), officially the Republic of Iraq (Arabic: جُمْهُورِيَّة ٱلْعِرَاق‎ Jumhūriīyah al-ʿIrāq; Kurdish: کۆماری عێراق‎, romanized: Komarî Êraq), is a country in Western Asia, bordered by Turkey to the north, Iran to the east, Kuwait to the southeast, Saudi Arabia to the south, Jordan to the southwest and Syria to the west. The capital and largest city is Baghdad. Iraq is home to diverse ethnic groups including Arabs, Kurds, Turkmens, Arab-Kurds, Assyrians/Chaldeans, Yazidis, Persians, Shabakis, Armenians, Sabian-Mandaeans, Circassians, and Kawliya. Around 95–98% of the country's 38 million citizens are Muslims, with small minorities of Christians, Yarsans, Yezidis and Mandaeans also present. The official languages of Iraq are Arabic and Kurdish.

Iraq has a coastline measuring 58 km (36 miles) on the northern Persian Gulf and encompasses the Mesopotamian Alluvial Plain, the northwestern end of the Zagros mountain range and the eastern part of the Syrian Desert. Two major rivers, the Tigris and Euphrates, run south through Iraq and into the Shatt al-Arab near the Persian Gulf. These rivers provide Iraq with significant amounts of fertile land. The region between the Tigris and Euphrates rivers, historically known as Mesopotamia, is often referred to as the cradle of civilisation. It was here that mankind first began to read, write, create laws and live in cities under an organised government—notably Uruk, from which "Iraq" is derived. The area has been home to successive civilisations since the 6th millennium BC, Iraq was the centre of the Akkadian, Sumerian, Assyrian and Babylonian empires. It was also part of the Median, Achaemenid, Hellenistic, Parthian, Sassanid, Roman, Rashidun, Umayyad, Abbasid, Ayyubid, Seljuk, Mongol, Timurid, Safavid, Afsharid and Ottoman empires.

During the Ottoman Empire until the partition of the Ottoman Empire in the 20th century, Iraq was made up of three provinces, called vilayets in the Ottoman Turkish language: Mosul Vilayet, Baghdad Vilayet, and Basra Vilayet. In April 1920 the British Mandate of Mesopotamia was created under the authority of the League of Nations. A British-backed monarchy joining these vilayets into one Kingdom was established in 1921 under Faisal I of Iraq. The Hashemite Kingdom of Iraq gained independence from the UK in 1932. In 1958, the monarchy was overthrown and the Iraqi Republic created. Iraq was controlled by the Arab Socialist Ba'ath Party from 1968 until 2003. In 1980, Iraq invaded Iran, sparking a protracted war which would last for almost eight years, and end in a stalemate with devastating losses for both countries.

After an invasion by the United States and its allies in 2003, Saddam Hussein's Ba'ath Party was removed from power, and multi-party parliamentary elections were held in 2005. The US presence in Iraq ended in 2011, but the Iraqi insurgency continued and intensified as fighters from the Syrian civil war spilled into the country. Out of the insurgency came a highly destructive group calling itself ISIL, which took large parts of the north and west. It has since been largely defeated. Disputes over the sovereignty of Kurdistan Region continue. A referendum about the full sovereignty of Kurdistan Region was held on 25 September 2017. On 9 December 2017, then-Iraqi Prime Minister Haider al-Abadi declared victory over ISIL after the group lost its territory in Iraq.

Iraq is a federal parliamentary republic consisting of 19 governorates, four of which make up the autonomous Kurdistan Region. The country's official religion is Islam. Culturally, Iraq has a very rich heritage and celebrates the achievements of its past in both pre-Islamic as well as post-Islamic times and is known for its poets. Its painters and sculptors are among the best in the Arab world, some of them being world-class as well as producing fine handicrafts, including rugs and carpets. Iraq is a founding member of the UN as well as of the Arab League, OIC, Non-Aligned Movement and the IMF.