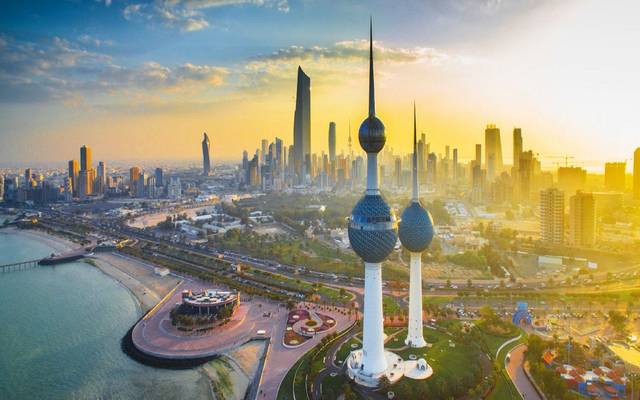 Kuwait ( (listen); Arabic: الكويت‎ al-Kuwayt, Gulf Arabic pronunciation: [ɪl‿ɪkweːt] or [lɪkweːt]), officially the State of Kuwait (Arabic: دولة الكويت‎ Dawlat al-Kuwayt), is a country in Western Asia. It is situated in the northern edge of Eastern Arabia at the tip of the Persian Gulf, bordering Iraq to the north and Saudi Arabia to the south. Kuwait has a coastal length of approximately 500 km (311 mi). Most of the country's population reside in the urban agglomeration of the capital city Kuwait City. As of 2021, Kuwait has a population of 4.67 million people where 1.45 million are Kuwaitis and 3.2 million are foreign nationals.

Historically, Kuwait was a strategic trade port between Mesopotamia and India. Oil reserves were discovered in commercial quantities in 1938. In 1946, crude oil was exported for the first time. From 1946 to 1982, the country underwent large-scale modernization, largely based on income from oil production. In the 1980s, Kuwait experienced a period of geopolitical instability and an economic crisis following the stock market crash. In 1990, Kuwait was invaded, and later annexed into one of Iraq's governorates by Iraq under Saddam Hussein. The Iraqi occupation of Kuwait came to an end in 1991 after military intervention by a military coalition led by the United States and various other countries.

Kuwait is an emirate. The Emir is the head of state and the Al Sabah is the ruling family which dominates the country's political system. Kuwait's official state religion is Maliki Sunni Islam. Kuwait is a developing country with a high-income economy backed by the world's sixth largest oil reserves. The Kuwaiti dinar is the highest valued currency in the world. Kuwait is the fifth richest country in the world by gross national income per capita. In 2009, Kuwait had the highest Human Development Index in the Arab world. According to Human Rights First, Kuwait has the largest number of stateless people in the entire region.

Kuwait has been classified as a "potential middle power" by the Hague Centre for Strategic Studies. Kuwait is a founding member of the GCC and a major non-NATO ally to the United States. Kuwait also has strong economic ties to China and ASEAN. In 2020, the Kuwaiti government experienced its first fiscal deficit since 1995, due to the fall in oil prices and the lack of economic diversification. To help diversify the economy, Kuwait has commenced a national development plan. Under the Belt and Road Initiative, Kuwait and China have many important cooperation projects including Al Mutlaa City and Mubarak Al Kabeer Port.