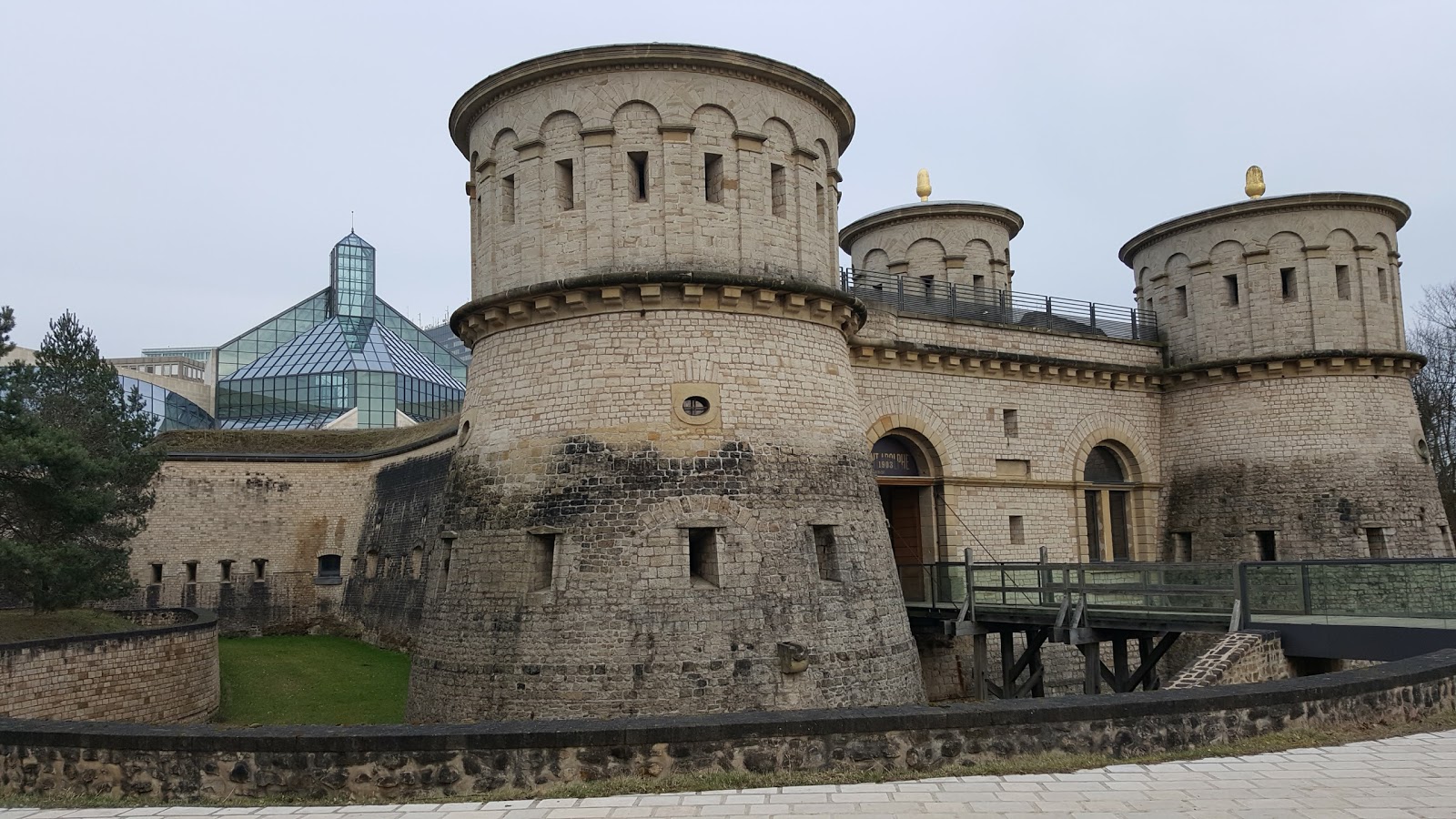 Luxembourg ( (listen) LUK-səm-burg; Luxembourgish: Lëtzebuerg [ˈlətsəbuəɕ] (listen); French: Luxembourg; German: Luxemburg), officially the Grand Duchy of Luxembourg, is a landlocked country in Western Europe. It is bordered by Belgium to the west and north, Germany to the east, and France to the south. Its capital, Luxembourg City, is one of the four official capitals of the European Union (together with Brussels, Frankfurt, and Strasbourg) and the seat of the Court of Justice of the European Union, the highest judicial authority in the EU. Its culture, people, and languages are highly intertwined with its neighbors, making it a mixture of French and German cultures. Luxembourgish is the only National language of the country and it is also the language of the Luxembourgish people. However, additionally to Luxembourgish, both French and German are used in administrative and judicial matters, making all 3 of them the administrative languages of Luxembourg.

With an area of 2,586 square kilometers (998 sq mi), it is one of the smallest sovereign states in Europe. In 2019, Luxembourg had a population of 626,108, which makes it one of the least-populous countries in Europe, but by far the one with the highest population growth rate. Foreigners account for nearly half of Luxembourg's population. As a representative democracy with a constitutional monarch, it is headed by Grand Duke Henri and is the world's only remaining sovereign grand duchy. Luxembourg is a developed country, with an advanced economy and one of the world's highest GDP (PPP) per capita. The City of Luxembourg, with its old quarters and fortifications, was declared a UNESCO World Heritage Site in 1994 due to the exceptional preservation of the vast fortifications and the old city.

The history of Luxembourg is considered to begin in 963, when count Siegfried acquired a rocky promontory and its Roman-era fortifications known as Lucilinburhuc, "little castle", and the surrounding area from the Imperial Abbey of St. Maximin in nearby Trier. Siegfried's descendants increased their territory through marriage, war and vassal relations. At the end of the 13th century, the counts of Luxembourg reigned over a considerable territory. In 1308, Count of Luxembourg Henry VII became King of the Germans and later Holy Roman Emperor. The House of Luxembourg produced four emperors during the High Middle Ages. In 1354, Charles IV elevated the county to the Duchy of Luxembourg. The duchy eventually became part of the Burgundian Circle and then one of the Seventeen Provinces of the Habsburg Netherlands. Over the centuries, the City and Fortress of Luxembourg, of great strategic importance situated between the Kingdom of France and the Habsburg territories, was gradually built up to be one of the most reputed fortifications in Europe. After belonging to both the France of Louis XIV and the Austria of Maria Theresa, Luxembourg became part of the First French Republic and Empire under Napoleon.

The present-day state of Luxembourg first emerged at the Congress of Vienna in 1815. The Grand Duchy, with its powerful fortress, became an independent state under the personal possession of William I of the Netherlands with a Prussian garrison to guard the city against another invasion from France. In 1839, following the turmoil of the Belgian Revolution, the purely French-speaking part of Luxembourg was ceded to Belgium and the Luxembourgish-speaking part (except the Arelerland, the area around Arlon) became what is the present state of Luxembourg.

Luxembourg is a founding member of the European Union, OECD, United Nations, NATO, and Benelux. The city of Luxembourg, which is the country's capital and largest city, is the seat of several institutions and agencies of the EU. Luxembourg served on the United Nations Security Council for the years 2013 and 2014, which was a first in the country's history. As of 2020, Luxembourg citizens had visa-free or visa-on-arrival access to 187 countries and territories, ranking the Luxembourgish passport fifth in the world, tied with Denmark and Spain.