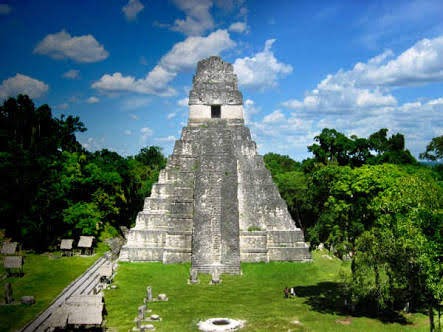 Central America (Spanish: América Central, pronounced [aˈmeɾika senˈtɾal] (listen), Centroamérica pronounced [sentɾoaˈmeɾika] (listen)) is a region of the Americas. It is bordered by Mexico to the north, Colombia to the south, the Caribbean Sea to the east, and the Pacific Ocean to the west. Central America consists of seven countries: Belize, Costa Rica, El Salvador, Guatemala, Honduras, Nicaragua, and Panama. Their combined population is estimated at 44.53 million (2016).

Central America is a part of the Mesoamerican biodiversity hotspot, which extends from northern Guatemala to central Panama. Due to the presence of several active geologic faults and the Central America Volcanic Arc, there is a great deal of seismic activity in the region, such as volcanic eruptions and earthquakes, which has resulted in death, injury and property damage.

In the Pre-Columbian era, Central America was inhabited by the indigenous peoples of Mesoamerica to the north and west and the Isthmo-Colombian peoples to the south and east. Following the Spanish expedition of Christopher Columbus' voyages to the Americas, Spain began to colonize the Americas. From 1609 to 1821, the majority of Central American territories (except for what would become Belize and Panama, and including the modern Mexican state of Chiapas) were governed by the viceroyalty of New Spain from Mexico City as the Captaincy General of Guatemala. On 24 August 1821, Spanish Viceroy Juan de O'Donojú signed the Treaty of Córdoba, which established New Spain's independence from Spain. On 15 September 1821, the Act of Independence of Central America was enacted to announce Central America's separation from the Spanish Empire and provide for the establishment of a new Central American state. Some of New Spain's provinces in the Central American region (i.e. what would become Guatemala, Honduras, El Salvador, Nicaragua and Costa Rica) were annexed to the First Mexican Empire; however, in 1823 they seceded from Mexico to form the Federal Republic of Central America until 1838.

In 1838, Nicaragua, Honduras, Costa Rica and Guatemala became the first of Central America's seven states to become independent autonomous countries, followed by El Salvador in 1841, Panama in 1903 and Belize in 1981 Despite the dissolution of the Federal Republic of Central America, there is anecdotal evidence that demonstrates that Salvadorans, Panamanians, Costa Ricans, Guatemalans, Hondurans and Nicaraguans continue to maintain a Central American identity. For instance, Central Americans sometimes refer to their nations as if they were provinces of a Central American state. It is not unusual to write "C.A." after the country's name in formal and informal contexts. Governments in the region sometimes reinforce this sense of belonging to Central America in its citizens. Belizeans are usually identified as culturally West Indian rather than Central American.