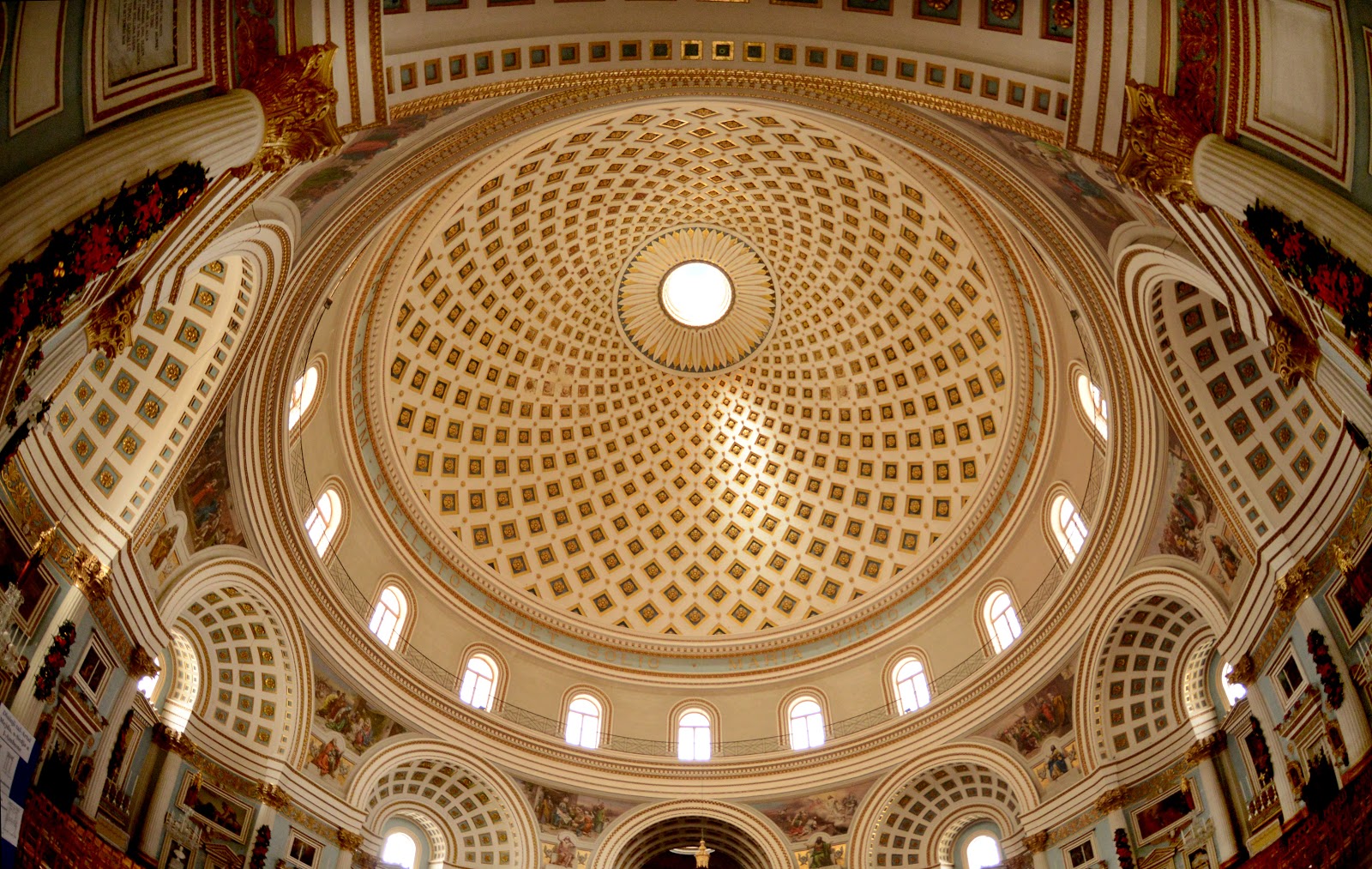 Beautiful... Take the tours its an eye opener. Had a great experience. Walking through the Air raid shelter was crazy and there's just so much to help tell the story of what the Maltese people experiences in those times. There's an unexploded bomb that they keep in their gallery which is simply surreal. If you're in Malta, here is one of a few places you must visit. Enjoy your trip.

A very different church with an interesting history dating back a very long time tho the rotunda isn't all that old itself. This church was built around the older one which was removed when thus one was completed so worship was still possible. It was hit by four Bombs in WWII and one came through the dome but failed to detonate so no-one in the church at the time was hurt! They celebrate this miracle annually and you can locate the place on the inside if the dome as the mend is visible. Main altar us covered as we visited during Lent. Definitely worth a trip to visit.

From the point of view of an Englishman, the Mosta Rotunda, or Basilica, is truly stunning. A real humbling experience to enter this magnificent building with it's spectacular dome and religious decor. The unexploded bomb adds further interest ! A must see on Malta.

The Mosta Rotunda or Mosta Dome is a beautiful Roman Catholic Church built with a neoclassical style, that was inspired by the Pantheon in Rome. At one point, it was home to the third largest unsupported dome in the world. The church has a sad but miraculous history when a German bomb broke through the dome and tumbled into the church in April 1942. Miraculously the bomb did not explode and it is now known but locals as “The Bomb Miracle”. The unexploded bomb is on display in the church’s museum section and there is also an underground bunker showing the church’s history during WW2. Truly worth a visit

This Basilica is dedicated to Santa Maria. The architecture of this Basilica especially the lacey stone edging at the top of the facade is really beautiful. A lovely artistic masterpiece.